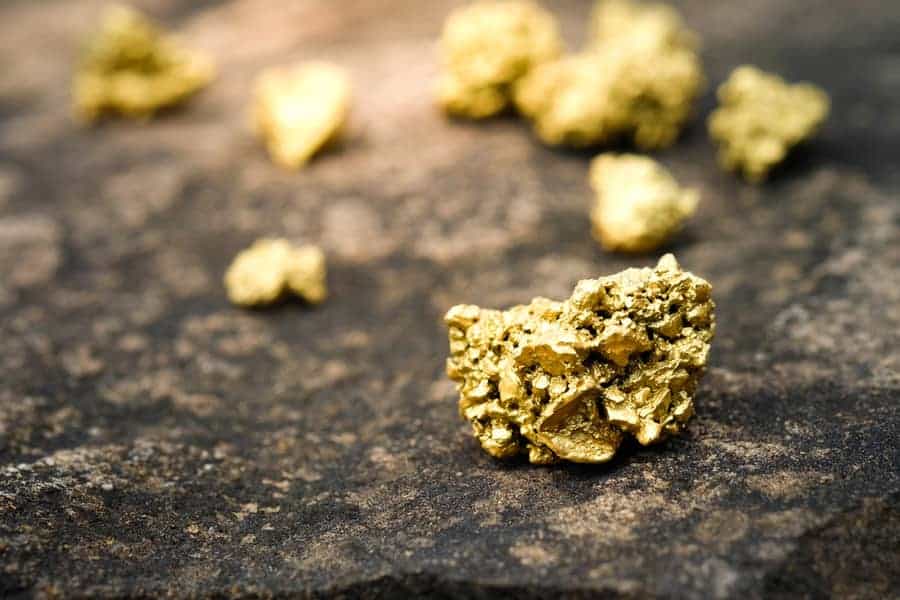 There are numerous ways to invest in gold.  Chief among them is obtaining shares of gold mining stocks.  The top gold mining companies have soared in recent months as an abundance of money has moved into gold-related investments due to economic and political uncertainty.  However, sorting through the litany of gold stocks requires considerable time and effort.  We have done the work for you.  Let’s take a look at some of the top gold mining stocks.

DRD has the potential to move even higher as the economy continues to sour in 2020 and beyond.  This gold mining superstar has an anticipated ’20 earnings growth rate beyond 100%.  DRD’s success has set the stage for it to provide investors with an impressive dividend of at least 25 cents per share for the years to come.

Next year will be the 14th straight year that DRD distributes free cash along with a dividend.  While many other companies simply sit on their free cash, DRD’s brass wisely disperses it, typically in favor of short-term projects that will rake in the cash for a near-immediate impact on the bottom line.  The rest of the free cash is distributed to DRD shareholders in the yearly dividend.  This approach is sweet music to investors’ ears.

If you are on the prowl for a safe investment for your money as the pandemic plays out, look no further than Newmont Gold.  Newmont is one of the market’s largest gold mining companies.  Furthermore, Newmont even provides a dividend of 14 cents/share.  Newmont management recently reassured shareholders its quarterly distribution will increase to a minimum of 25 cents or more for the foreseeable future.

However, a large part of what draws the investing dollars toward Newmont is its considerable gold reserves.  Newmont has more gold reserves that its competitors.  In fact, Newmont closed last year with 100 million ounces of gold in its reserves.  This figure represents a 50% hike beyond the company’s holdings of 65 million ounces at the end of the year prior.

All the evidence points toward Newmont continuing its annual gold production of six million ounces in years to come.  The bottom line is if you believe in gold, Newmont deserves a place in your portfolio.

FNV is best described as a gold mining royalty business.  This company has operations throughout North and South America along with Australia and Africa.  The popular investing website, Zacks, has ranked FNV above all but one in the context of expected earnings growth rate for the year.

The majority of gold mining companies have a projected earnings growth rate less than 15% to 20%.  However, FNV has an anticipated earnings growth rate of nearly 50%, making it quite the market darling.  The bullish outlook for FNV sets the stage for it to break through as one of the top gold stocks to buy and hold for the remainder of 2020 and beyond.