Can the gold standard save the world economy? 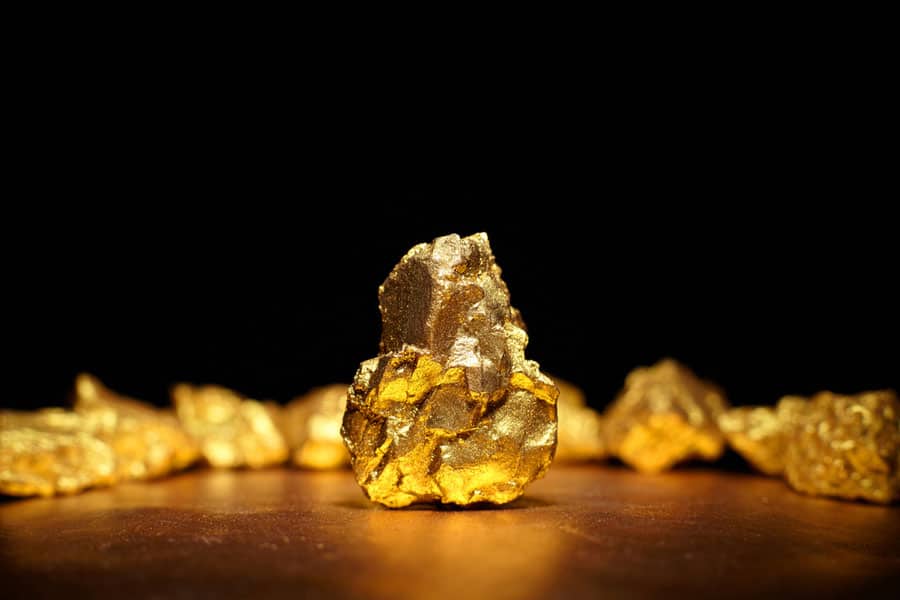 As the coronavirus hits, the world central banks have moved aggressively to support economies. The United States has been at the forefront of this with fiscal stimulus hitting $2.84 trl or 17% of GDP. In total the world has seen $14 trl in stimulus pushed into action. The Federal Reserve Bank has been extremely aggressive cutting rates 150 bps to zero, offering unlimited quantitative easing, $1.5 trillion in reverse repos, and setting up facilities for commercial paper, money market mutual funds, primary dealers, corporate debt and dollar swap lines. The dramatic actions will be debated by scholars for decades. We are still trying to assess the central bank actions during the Great Recession (and Depression for that matter). Monetary theorists from inflation targeting camps to Modern Monetary Theory have been weighing in on the discussion. One of the constant rumblings we will hear is that the United States should return to the gold standard. Is this a viable alternative to the current system?

The gold standard is a monetary system that pegs a nation’s currency to the value of gold. A given amount of paper money can be converted into a fixed amount of bullion. The country uses this standard to set a fixed price for gold. It buys and sells gold at that price which is used to determine the value of the currency. For instance, if the United States sets the price of gold at $500 an ounce, the value of the dollar would be 1/500th of an ounce. Countries on the gold standard cannot increase the amount of paper money in circulation without increasing gold reserves.

The gold standard was introduced in Germany in 1871. The United States would join this standard in 1873 when President Ulysses S. Grant signed the Coinage Act of 1873. It took about three decades before it was put into use by most developed nations. The acceptance of multiple nations was critical in allowing the system to work. The system would come under pressure when World War I broke out as the political alliances made it difficult to ascertain key data on central bank holdings. Many European countries temporarily abandoned the system to print more money to finance war efforts.

Following World War I the gold standard would be put to the test during the Great Depression. When the global economies came crashing down, countries could not increase the money supply to stimulate the economy. This led Great Britain to be the first country to drop off the gold standard in 1931. The United States would follow in 1933. In 1934 President Roosevelt would sign the Gold Reserve Act which made it illegal for the public to possess most forms of gold. U.S. citizens were forced to sell gold to the government at $20.67 an ounce. Once the government had placed the gold into Fort Knox it raised the price of gold to $35 an ounce which allowed the government to increase money supply. Barry Eichengreen and Peter Temin have argued that the length and pain of the Great Depression were related to the unthinking national commitment to the gold standard despite changes in labor markets that made wages more downwardly rigid. They have shown that countries that abandoned the gold standard earlier recovered better.

The gold standard would return but, World War II would once again lead to troubles in the system. As we witnessed in WWI, if most countries do not join the system it creates difficulty in trading. This breakdown would lead to the Bretton Woods agreement in 1944. Under this agreement, currencies would be pegged to the price of gold and the U.S. dollar would be the reserve currency linked to the price of gold. This would lead the dollar to be the dominant reserve currency. However, this also led to over valuation of the dollar. President Richard Nixon would call for a temporary suspension of the dollar’s convertibility. In 1973, foreign governments would let currencies float. This led to the rise in fiat money and basically put an end to the gold standard.

The U.S. has been off the gold standard now for nearly 50 years, but the debate continues to rage. We highly recommend reading Robert Shiller’s Narrative Economics as he discusses the history of the debate in the chapter ‘The Gold Standard versus Bimetallism’. We do have reservations on whether a return to a gold standard is viable.

One of the key elements for the gold standard to work is International communication. The recent rise of populism and concerns over the advance of globalization considering the coronavirus pandemic would raise questions about a global system. Countries that use the U.S. dollar and own U.S. debt, which is a substantial amount of the $21.6 bln national debt, would need to have dollars exchanged for gold. West Shore Group Chief Global Strategist Jim Rickards has calculated that gold prices would jump to USD$10,000 an ounce to make the system work without a serious round of deflation. The Fed would no longer be able to provide liquidity and support to the market.

The current fiat system certainly has its flaws. Monetarists and Economists are closely following the direction central banks have headed over the past 10 years. The gold standard proved to be a flawed system over the course of its existence. How can one use a standard that saw countries flee from the pegged handcuffs any time they got into trouble? And reigning in the dollar-denominated debt that exists would prove costly and create havoc on the inflation front. The debate around monetary systems will continue and gold could play a role in valuation. But a return to the gold standard would be difficult to navigate given the reliance on fiat currency that exists today.