With Gold near 7-Year Highs, Is it Time to Buy? 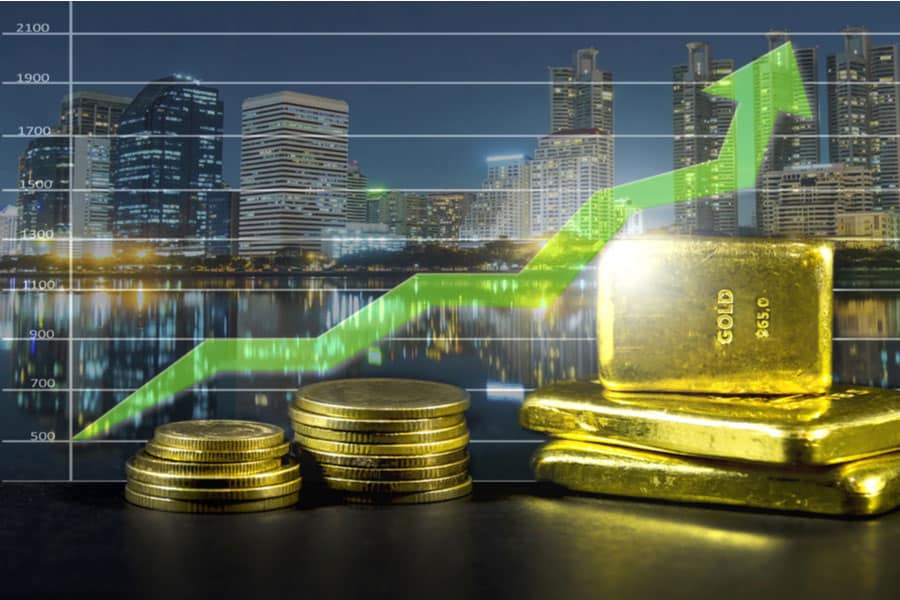 Gold and gold stocks are now among the highest performing assets of 2020.  Up until April 10th the  price of physical gold had seen a jump of 13.8% and senior gold miners, up until then, had seen a gain of 2.8%. This made the group the best asset class of 2020 so far.

Bloomberg commodity strategist Mike McGlone says the price of gold appears to want to revert to its long-term mean relative to the S&P 500 Index. In other words, this means we could be seeing the metal hit a new record high and largely driven by large money printing. McGlone had said, “Unprecedented global monetary stimulus is a worthy catalyst for the per-ounce price of gold to revert to its long-term mean vs. the S&P 500 Index, in our view.”

The World Gold Council believes that not enough investors have optimal exposure to gold, but Google search data says different. If there’s any indication that gold is hot right now it is given by how many searches on gold have been done just in April alone.  Search terms like “gold mining stocks” and “gold royalty companies” were higher in April than at any other time in the past 10 years. This also includes when gold hit its record high of $1,900 an ounce back in 2011.

According to world renown, American, multinational investment bank Goldman Sachs, now is the time to buy gold. The asset is looked at as a safe-haven during the growing panic over the coronavirus pandemic. It was then the Feds announced quantitative easing that gold started to rocket. Moves like this from the Federal Reserve bode well for gold prices.

“We are beginning to see a similar pattern emerge as gold prices stabilized over the past week and rallied today as the Fed introduced new liquidity injection facilities with this morning’s announcement,” Goldman Sachs analysts led by Jeffrey Currie has said.

“We are likely at an inflection point where ‘Fear’-driven purchases will begin to dominate liquidity-driven selling pressure as it did in November 2008,” Currie added.

He explained, “As such, both the near-term and long-term gold outlook are looking far more constructive, and we are increasingly confident in our 12-month target of $1800/toz.”

With the worry of possible inflation and currency debasement, investors are believing that gold will be the best alternative to buy into as it offers stability in economic uncertainty.

“When I think about what would I buy in the right here and now, I would be buying gold,” said Wayne Gordon, executive director for commodities and foreign exchange at UBS Group AG’s wealth-management unit. Speaking to Bloomberg TV, Gordon said recently that prices would appreciate over three to six months.

Gold is also seen as an insurance policy for when they lose in other assets they can sell some gold to offset those losses. Peter Grosskopf, the CEO of Sprott Inc., has said that gold “provided what it should during times of crisis, a form of insurance to cash in when liquidity was required.” According to the chief executive, its one of the first assets to be cashed in when leverage is reduced, and that long-term investors are not subject to margin pressures will be rewarded owning gold at this time.