The Secret of How Gold Prices and the Economy are Connected 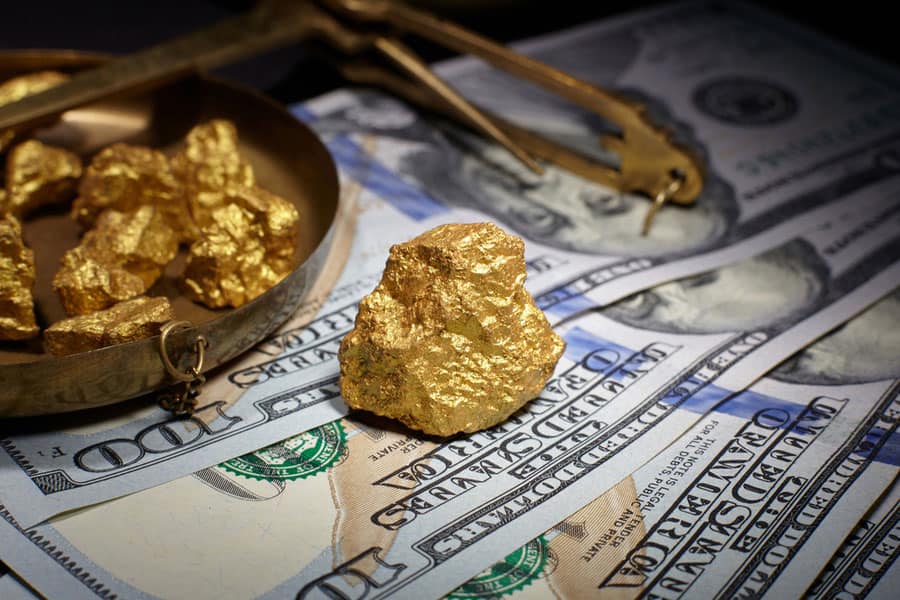 Examples of gold swelling during economic upheaval happened in June of 2016, in the wake of Brexit. As Great Britain voted to leave the European Union, the price of gold soared $100 an ounce in only six hours! On June 23rd, the evening of the Brexit vote, prices rose from $1,254.96 at 4PM to $1,347.12 at midnight. Investors that night were flocking to gold as a hedge against the euro and British pound declining. It was also in 2016 that the Dow Jones Average fell as the market entered into correction territory. What happened as a result? The price of gold began to climb.

It was in September of 2011 that gold reached a high of $1,895 an ounce. During this time investors had ran to gold over a weak jobs report, the Eurozone debt crisis, and uncertainty about the U.S. debt. In 2009 the price of gold was at only $1,000, which meant the metal nearly doubled in about two years. It was in the market crash of 2008 that gold began to really rocket as well.

Examples of gold falling include a situation in March of this year when Saudi Arabia had announced a crude oil price war. Gold at the time was trading at nearly $1,700 an ounce. With the coronavirus outbreak and a drop in crude oil, the U.S. was entering a deflationary environment and as a result, gold tumbled to $1,453 quickly.

Gold prices have historically been a direct inverse to the value of the U.S. dollar over other currencies. This means the U.S. has an obvious greater impact on the gold market than other countries do. Watching the value of the U.S. dollar is a good indicator of where gold prices could be heading. In recent years there has also been a correlation between how cryptocurrencies such as bitcoin are doing and gold prices.

By understanding the effects of the economy on gold and vice versa, investors are better equipped to respond to sudden market movements. The IMF said this year that the “world economy will experience the worst recession since the Great Depression.” The global economic growth this year is expected to fall to negative 3%. It makes sense that many are betting gold will have a very explosive year as a result.