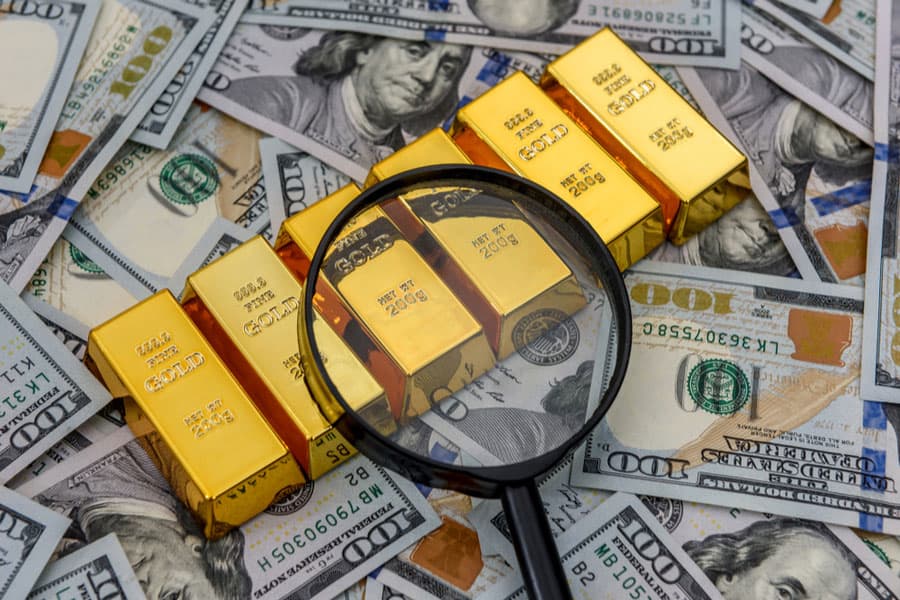 Gold is the longest running currency in the history of man. It was first discovered in riverbeds during the Neolithic period 12,000 years ago. It acts as both a commodity (used in jewelry and technology) as well as a currency. Gold was used to support fiat currencies as early as the Byzantine Empire. Gold can also act as a psychological barometer for market sentiment. At the end of the day though the shiny metal is an asset and thus has an intrinsic value. What are some of the factors that can help drive gold prices?

In 1971, President Richard Nixon removed the dollar from the international gold standard. Currencies would no longer be tied to gold prices. The dollar would go on to become the reserve currency for the World. That has made the greenback the benchmark pricing mechanism for gold. When the value of the dollar increases relative to other currencies around the world then the price of gold falls in dollar terms. It is simple economics, there is less demand for gold as it is more expensive in foreign currencies. Gold needs to be discounted for buyers to see more advantageous prices.  Remember 95% of the World’s population live outside the United States and while many have dollar- denominated debt, there is still a substantial number of buyers trying to purchase gold in other currencies.

Here is a chart of the Dollar (Green line) and Gold (Yellow line) dating back to 1995. 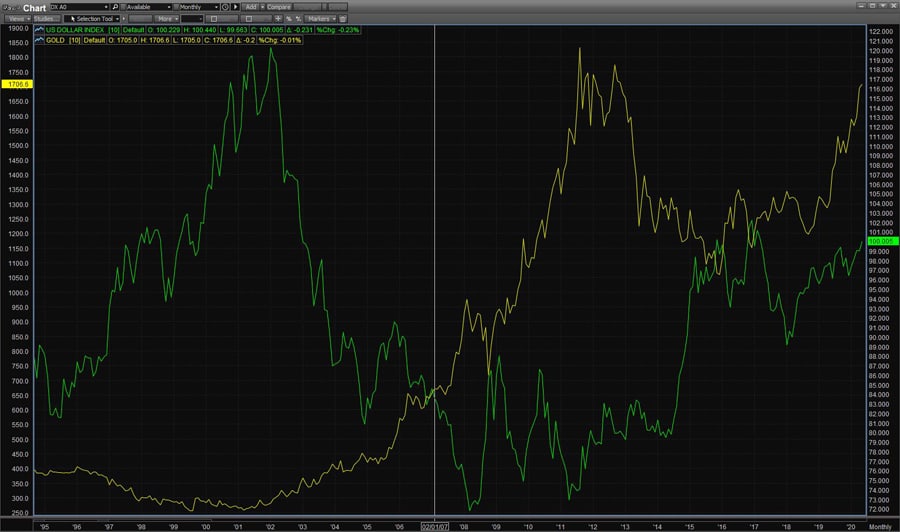 The dollar is the key driver and we can see the inverse relationship in the chart. But, at the end of the day, demand and supply are the deciding factors as to people’s desire to own gold no matter what the cost. Some of the key items here include:

As we noted, gold is an asset and has intrinsic value. It is backed by the dollar which is the primary driver but there are a lot of variables included with the price action in gold. Understanding these key drivers and being able to spot news headlines that could impact gold are key for any investor in the metal.